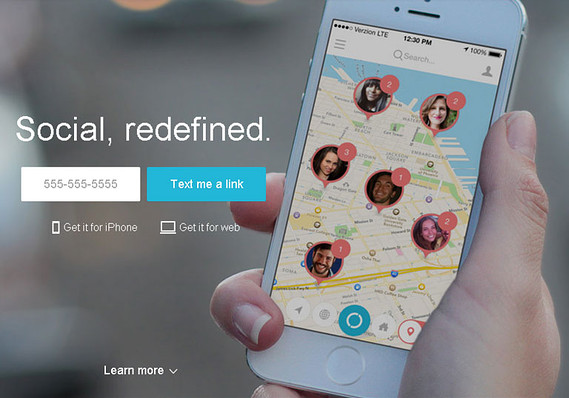 Big Brother is watching your every move—and so is your partner. As global positioning systems improve, so too do the apps that track your movements, and that’s making it tougher than ever to keep a low profile.

These apps may raise moral and legal questions too. The most invasive can be downloaded onto a phone and will quietly forward emails, calls and texts. It’s a criminal offense under the Computer Fraud and Abuse Act of 1965 to access a computer—including modern computers like tablets and smartphones—without authorization. But if ownership of the smartphone in question is under someone else’s name—say, a spouse, a parent or an employer—it’s a legal gray area, Claypoole says. “That raises the question of whether the user has a reasonable expectation of privacy,” he says. “If you own your husband or wife’s smartphone and you’re paying your child’s phone bill, it could be a moral issue rather than a legal one.”

Of course, many tracking apps are designed to serve an innocent purpose: to keep tabs on an ailing parent, to keep children safe from a potential predator, or even to help find a lost or stolen phone, says Adam Levin, co-founder of online security company Identity Theft 911. Trouble is, “people store way too much personal data in their smartphones,” he says. For people who fear snoops, there are apps for that too. Vault Stocks ($4.99 on Google’s Android) and Best Secret Folder (free on Apple’s iOS) hide pictures and videos in a secret online vault. “The moral of the story is to lock your phone,” says Rick Singer, CEO of GreatApps.com.

With that in mind, here are five apps that allow you to legally keep track of your friends and family:

Released this month, this app for iPhone or iPad can follow your husband, wife, children and even your friends on sites like Facebook, Twitter, Instagram, Google Contacts and LinkedIn. Most social contacts are jumbled and split up across multiple devices, platforms and apps, but this app collects them in one place, says Ryan Allis, CEO and co-founder of the app. “Your Connect map has hundreds of your friends on it the first time you use the app,” Allis says. Unlike similar apps like Foursquare, it doesn’t use virtual check-ins, which can prompt users to activate their location settings (many people don’t realize that when they turn on location settings on their phone, location information can be embedded in shared photographs and status updates too). What’s more, the other person doesn’t need to have Connect installed or to accept an invitation from the app.

Find My Friends for iPhone and Android allows you to keep up to speed on when your spouse leaves work, your child leaves school or even when a visiting friend arrives at the airport. “Friends who share their locations with you appear on a map so you can quickly see where they are and what they’re up to,” according to the app’s official site. The app syncs with phone contacts and maps on the iPhone. Users can also select what other Find My Friends users they want to interact with on their network. And find My iPhone (free on iOS) will give the location of a lost or stolen phone via Apple Maps.

Phone Tracker is marketed to families with busy schedules and employers who want to track employees during work hours. It combines mapping and GPS technology to let you track your phone plus one other for free on Android and iPhone (follow 10 users with a 99-cent upgrade). The app doesn’t have to be open to work, and it can locate another person’s movement within the previous 24 hours and within 30 feet (10 meters). It can be programmed to log locations every two to 60 minutes. To follow another person, they must use the app too. A similar app—Glympse—free on Android and iOS—shares estimated arrival times and even the speed your spouse is traveling at.

This is an app created for employers and parents. It comes with a big disclaimer: “TopSpyApp is designed for monitoring your employees, children or others on a mobile device or smartphone that you own or have proper consent to monitor. You are required to notify owners and users of the tracked device that they are being monitored.” It’s not cheap: Prices range from $6.99 to $33.99 a month and will log features like call history, text messages, contacts, photos, videos, social networking and even browser history. It’s standard for big companies to store this kind of information for company phones and computer equipment, but Singer doubts that everyone is using these kinds of apps in the way they are designed. TopSpyApp can be downloaded on Android. However, it isn’t available in Apple’s App Store and, therefore, can only be downloaded on “jailbroken” iPhones, which allow users to download programs not unauthorized by Apple.

Are you and your partner madly in love and want to be closer than ever before? Is overtime at work and frequent business trips preventing you from seeing each other? mCouple is a mobile tracker that can help you stay in touch 24/7!
This cell phone couple tracker for mutual monitoring can be used as:
1. A GPS Tracker – where you can share your locations with each other through GPS mobile monitoring.
2. A Contacts Tracker – where you can access each other’s Phone Book. View all entries logged into the monitored device’s address book.
3. An SMS Tracker* ( for non-iOS devices) – lets you check each other’s text messages. View every text message sent/received on a partner’s device.
4. A Call Tracker* (for non-iOS devices) – Monitor & log Call History.
5. A Facebook Tracker – which keeps you informed of all Facebook chats by letting you read all messages exchanged with other FB users.

Do you plan to track your partner? Lets us(only) know in comments 🙂